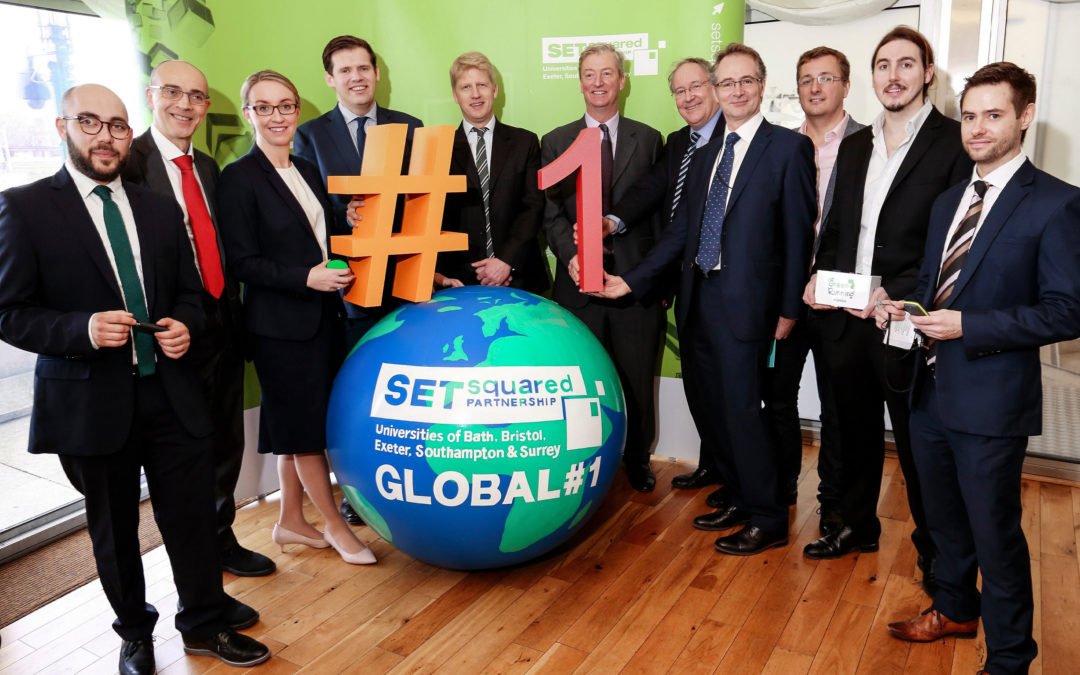 Tech start-up NquiringMinds was proud to be among the exhibitors at a high-profile House of Commons reception for the world’s number one university business incubator, SETsquared.

NquiringMinds, based at SETsquared’s centre in Southampton, was part of the special event at which SETsquared announced that its member companies raised over £90m of investment in 2015.

NquiringMinds has raised over £3m in its first few years as it builds its SmartCity solutions. At the heart of its innovation the Trusted Data Exchange (TDX) helps a city pull data securely from sensors and databases. This data is turned into actionable, high value information using advanced visualization and machine learning technology. The Secure Internet of Things platform, NquiringMinds has developed, means sensors can be quickly, cost effectively and securely deployed across a city.

The platform has been successfully applied to many real world problems (https://nquiringminds.com/case-studies/ ) from GP Pressure, Waste collection, Fleet management, Energy monitoring, to Telecare.  Past successes include being elected as the Data Integration Platform for the UK’s Future Cities Program, an Open Data Champion Award from the Cabinet Office, a Parliamentary Nomination for Innovation in Productivity from Innovate UK and being identified by Cisco as a Top 15 IOT company in its Pioneers Program.

Nick Allott CEO of NquiringMinds said: “A SmartCity needs secure, real-time connected data. Our platform represents a five year investment in advanced security and analytics technology. We are now starting to see the benefit of applying this to the very real and very hard problems facing Industry, Local and Central Government.”

Alan Scrase, SETsquared’s Manager in Southampton, said: “We were delighted to celebrate SETsquared’s ranking as the world’s number one university business incubator at the House of Commons today. NquiringMinds epitomise the ambitious and innovative ventures we’re cultivating locally, and demonstrate the valuable impact this incubation process can have on the local economy and entrepreneurial culture.”

SETsquared announced the record investment news on 4 February at a reception at the House of Commons, presided by the Minister of State for Universities and Science, Jo Johnson MP, Lords and MPs.

Secretary of State for Business, Innovation and Skills, the Rt Hon Sajid Javid MP said: “It’s great to hear of SETsquared’s vital work and the record level of investment raised by the businesses they support. Business incubators, such as this, play a crucial role in helping start-ups innovate, compete and grow and I remain committed to backing entrepreneurs across the country.”
ENDS

About NquiringMinds
NquiringMinds specialises in IOT (Internet of Things), Security and Data Analytics technologies, with a strong track record in both the SmartCities and Industrial IOT market. Our data analytics capability has won one numerous industry awards. It gives SmartCities and large enterprises a single unified view of their “siloed” data. The NquiringMinds approach to IOT security is leading edge, and considers the end to end problem of managing security: from small low powered sensors, up into the cloud based data sharing across organisations
Website: www.nqminds.com


About SETsquared
SETsquared is a long-standing Enterprise partnership between the universities of Bath, Bristol, Exeter, Southampton and Surrey which specialises in growing high-tech start-ups through its incubation programme and other business acceleration services. SETsquared provides mentoring, access to investors and corporate innovators and a wide range of industry experts through its network and training programmes.

Its business incubation programme is ranked by the University Business Incubator Index as the best in the world and over the last decade it has helped over 1,000 high-tech start-ups to develop and raise more than a £1bn of investment.

Independent research carried out by Warwick Economics estimates the economic impact of SETsquared member companies to be £3.8bn over this period, with the creation of 9,000 jobs and that these companies, along with new companies SETsquared will incubate, are set to deliver a further £8.6bn of impact to the UK economy in the decade ahead.